It’s off! The Prime Minister and none other than David Attenborough, launched the twenty sixth Conference of the Parties (aka COP26) at an event in the Science Museum this morning, in advance of the summit to be held later this year in Glasgow. Added to this was the announcement of bringing forward the ban on petrol and diesel cars and vans, notably including hybrids, from 2040 to 2035. This is a huge step forward, and we’re really proud to have been part of it, but there are some caveats that need to be considered. 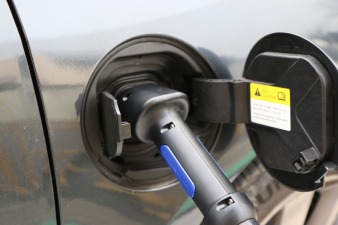 but with climate change being the emergency it is, and transport emissions being far and away the largest emitting sector in the UK, we really need to ask why we aren’t using 2030 as the end date. National Grid have said that the electrical grid can support the 2030 date, and fully electric vehicles are projected to be cost competitive upfront with conventional vehicles by 2025 at the latest. In short, there is no practical reason why 2035 should be considered instead of 2030, and this seems to be a precaution against potential ‘knee jerk’ reactions. Secondly, this was just an announcement of where the government is headed with this particular policy. A full consultation will be launched following today, presumably to be resolved and adopted into full policy before COP26. This does not mean this 2035 date will be set in stone, and all details may change before the policy is actually implemented – which could be good or bad, depending on which way the outcome goes.

That’s where DecarboniseNow stands, but what are we doing about it? Following up on our existing lobbying, we will be a voice in the consultation, urging the government to go faster, and outlining our ideas on how the phase out will work. We will press the government to move the ban to 2030, build up a coalition of campaigns, businesses and other interested players, and ensure the ban is enforceable, whilst making sure there are immediate measures to ensure the takeup of EVs. Even if all of this goes through, we will still be doing everything we can to ensure the rapid take-up of fully electric vehicles. But is that everything that DecarboniseNow will be doing in the future?

We also have something else to announce. DecarboniseNow is expanding its campaigns beyond electric cars. Now that we have more resources, we’re going to be expanding into a variety of low carbon campaigns. We will soon be launching campaigns on retrofitting homes, low carbon heating, wind and solar, public transport, electricity grid flexibility, resource efficiency, afforestation, HGVs, and industrial energy efficiency. This will be quite an expansion of our campaigns, but we feel we’re up to the challenge! More details to follow soon – watch this space.

In the meantime, we’re proud of the difference we’ve made, and thanks to all those who’ve helped us out so far!